New EP ’3′ from The Murder Merchants. 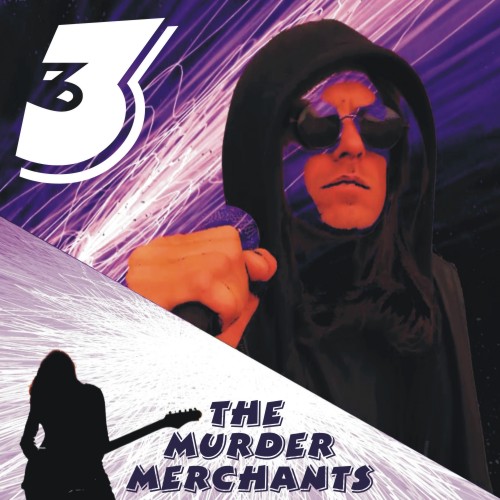 Buy this album on iTunes

Out Into The World It Goes. I had a little private party to celebrate the CD release.  Five thousand people showed up at my house.  They were a little scary and out-of-control.  The police came.  They were pissed off.   I’m not ever doing that again.  I might have to move now.

A fan of the band sent me this video:

Who the hell are these people? 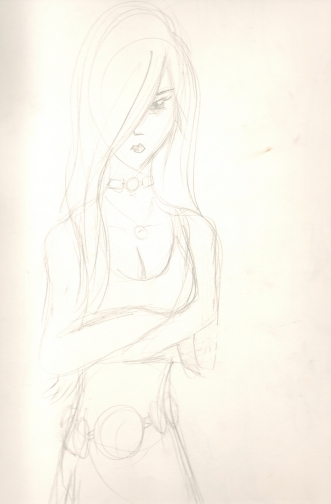 I’ve decided to release the album myself.

I’ll hold on to any money in an escrow account for them, except for album expenses. Maybe this will shed some light. Maybe this will bring them out, if they’re in hiding. I’ll plaster Klaus’s sketchbook pictures all over it.

Too many dead ends. I have to shake things up.

I’ve got permission from Sandy’s grandmother, Manfred and Klaus’s uncle, and even Doug’s stepfather (by registered letter, to avoid the shotgun again).

It’ll take me awhile to do this. Things at Thump aren’t exactly stable at the moment.

Just Got Back From Hawthorne.

I interviewed Aida Neuman, Friedrich Hohenstaufen, and Douglas Leviant’s stepfather, whose name I never discovered because he shoved a shotgun in my face and that was that. I also went to the local bars, the high school, and the restaurant where Willa Daniels worked. This is what I found:

Hawthorne, Nevada is the home of the largest US military-ordance storage facility in the world. The town is small, isolated, and has a weird youth culture based on the idea of sort-of weaponized music; kids suck up futuristic content from the internet and fight for their place in a pecking order by displaying stylized appearance, music and art in local venues like the El Capitan that could not exist in a larger or less-isolated town.

The Murder Merchant himself — picture a six-grader named Sandy with a cheap Japanese keyboard glued to a plastic pushbutton RockTron guitar strapped to his abdomen, all run through a bank of effects and a battery-powered amplifier on his back, hidden under a cape. He’s the nerdiest kid in town, but he’s brave enough to stand up on the ElectroLux cafe stage on a Saturday night with a bandanna mask and try to express himself. I saw a faded snapshot from his first show at the El Capitan, which the owner refused to let me copy without Sandy’s permission; good lord.

He was humiliated for doing this, over and over, for years, probably building up a strong sense of frustrated alienation. Nobody liked his stuff. He wouldn’t take off his mask. The popular kids were all thrash metal and warrior-punks — just small-town kids, but part of a truly strange music-warrior town culture of Hawthorne that started in the fifties. They’re born to it, and good at it, and to them, it’s their Wild West, and they’re the Fast Guns.

Sandy later met two skinny and awkward brothers who sing and play guitar, Manfred and Klaus, the products of a warped Belgian/German family with a long and weird history. Uncle Friedrich invited me in to the family mansion in the posh part of Hawthorne — dark wood, ancient carpets, a sense of European royal gloom. He was truly odd, and the whole thing made me nervous, but he gave me the best images of the kids anyone has come up with: Solid’s sketchbook. And the tea was apparently not poisoned, so there’s that.

According to the very nice front-desk lady at Mineral County High School who claimed to know the four boys, Sandy also attracted the attention of the twenty-something waitress at the ElectroLux named Willa, who liked his stuff enough to catch him on the long walk home and compliment his music. They started hanging out together. All of them, including Klaus and Manfred, were into the practice of Cosplay, which is where kids gather and dress up like comic-book characters. They all focused on an obscure comic book about a ruthless Japanese assassination squad called the ‘Murder Merchants’, and so they decided to dress up like the characters and take on their personas at Cosplay gatherings. Eventually, they somehow evolved into a band based on Sandy’s music, calling themselves the same name as the comic-book. I still can’t get hold of a copy of it; I found one on eBay that ended up going for nearly five hundred dollars, which my editor refused to let me overbid.

Many stories emerged as I randomly inquired around town, including some that demonstrate the weird music-combat traditions of Hawthorne that echo gang-culture, with some elements of physical violence. I’ve never seen a small-town scene like it; I’m thinking of writing the book. Sandy, Manfred, Klaus, and Willa apparently had a few early ‘wars’ with rival bands, some that actually ended in the black eyes and the crying and the running-away. But in the end, according to everyone that was present at the event, they stole some sort of military tech from the Hawthorne Ordnance Depot and used it to win the game, so to speak. The owner of the Electrolux, Tim Kearns, told me that Sandy tricked out some military lasers and used them to create synthetic speakers, putting on a massive sound and light show in the desert outside the town that just blew everyone away, and undeniably established the Murder Merchants as undeniable Kings of the Hawthorne Scene. Tim had beet-red eyes at the time, and I had trouble believing his more lurid descriptions of the event, which sounded like the Second Coming and D-Day all rolled into one.

Still, a few other people in town told the same story, without the red eyes, the hand-waving, or the purple prose. I’ve still got questions about the whole thing.

Anyway — that’s the basics. I’m posting the sketchbook in a link on the main page.

There were photos hidden on the CD.

Just found them, posted below. Note the placement of the big poster I found in Solid’s sketchbook; at one point, it was hanging on the wall of what obviously looks like a music room somewhere, but found its way back into the sketchbooks. They must have taken it down — in preparation for leaving? What the hell happened? 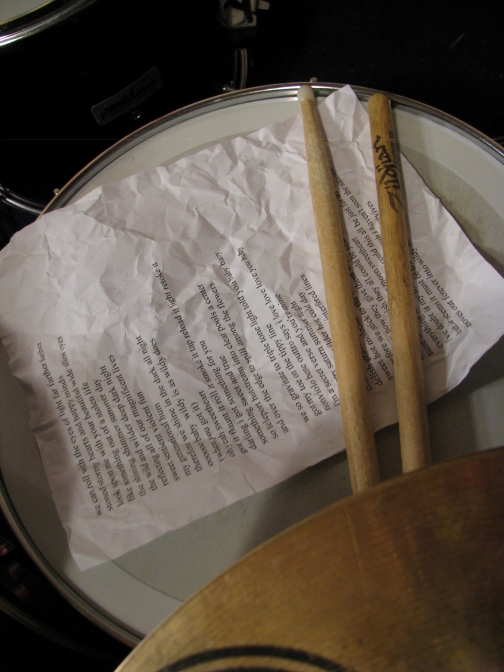 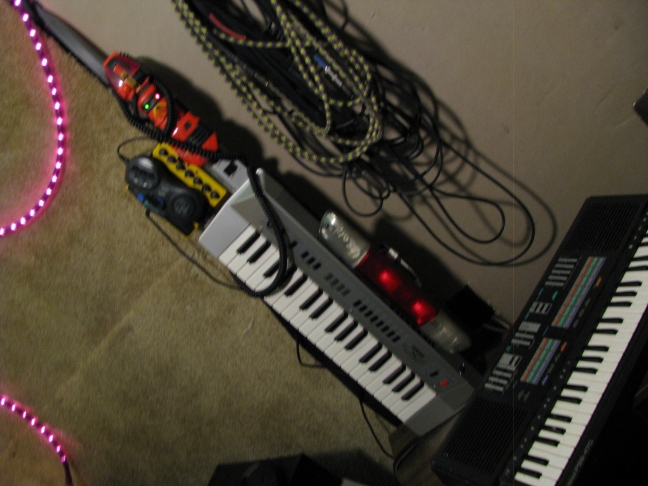 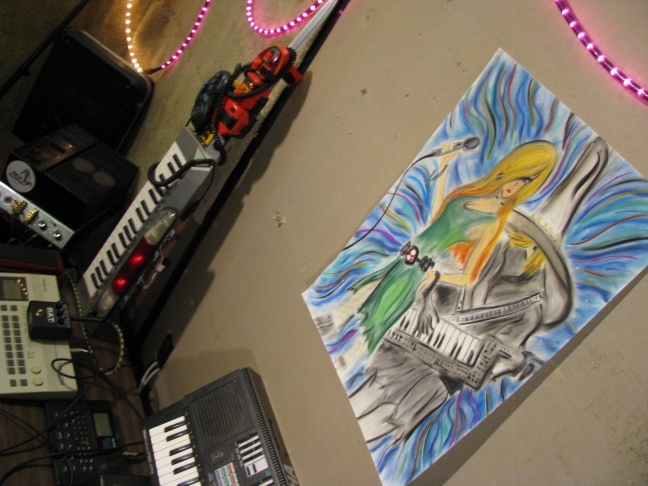 There were twenty photos in all like this, hidden inside the directory folder on the original CD I got in the mail. I just didn’t think about looking for anything but the band name, at first.

So I thought I’d try a Google search with some of the lyrics.

And I came up with this site:

Private site, can’t figure it out, no one responds. Frustrating.

Googled the band name, and this is all I got: 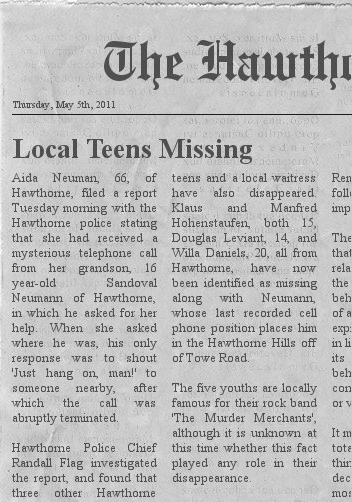